Are you afraid of dying by mistaking a lookalike for the real Psilocybe cyanescens?

Don’t let it deter you from enjoying some of nature’s greatest, most beautiful of gifts. This post will act as a visual comparison guide to Psilocybe cyanescens and its lookalikes. 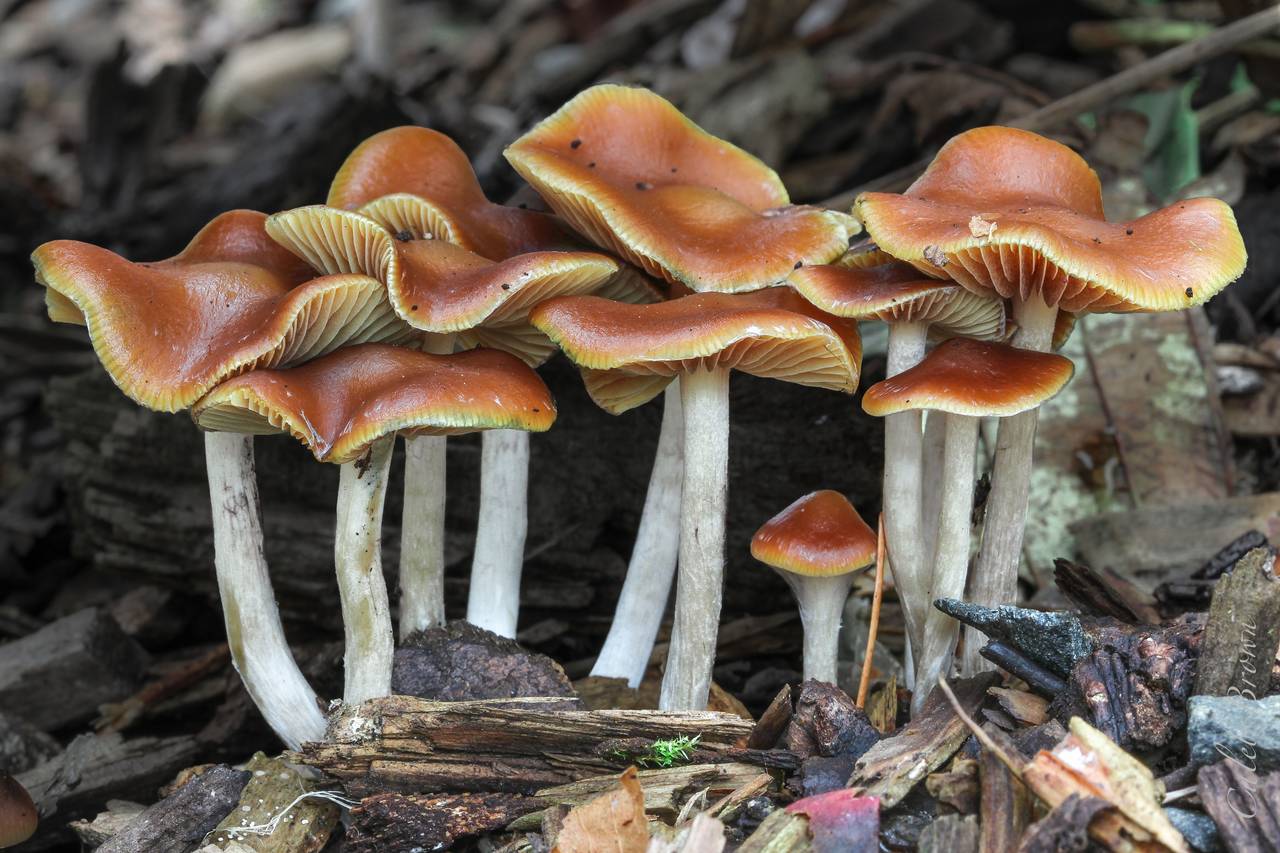 So I figured I would start with an iconic representation of our goal here.

The ‘Wavy Caps’ are defined by their characteristic waviness after the cap has opened. In young age, the caps can look sort of like bottle caps.

In the photo above, you can see the emerging bottle cap shape and the cobwebby cortina that’s about to seperate from the cap and may eventually leave a trace of an annular zone. Sometimes the zone will be purple because it catches falling spores from the lamellae (gills); also a good indicator of P. cyanescens.

Here’s a look at the gills. They are adnate which means that they are attached to the stem. The gills are tightly packed but not as tight as most Agaricus spp. They may also bruise blue. 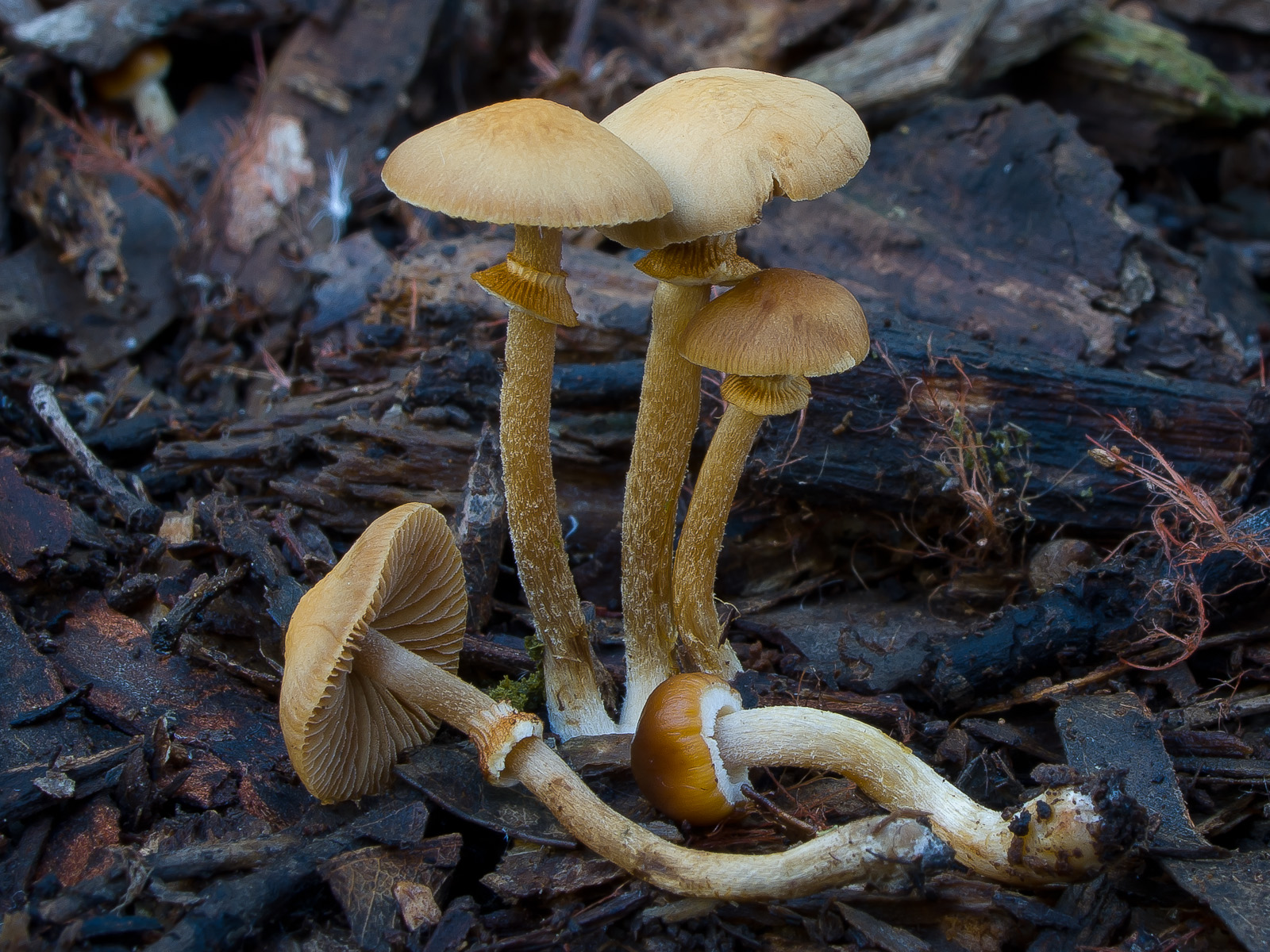 So here’s a lookalike that you definitely need to be familiar with. It contains amatoxins that will destroy your liver in a painful way until it kills you. But don’t let this deter you from finding the real magic that you desire. All you need is to be equipped with knowledge and TAKE SPORE PRINTS!

Keep in mind that this mushroom also displays hygrophaneity, meaning that the cap will turn from brown, to a pale or cream color after drying.

Notice how similar its cap can sometimes resemble the waviness just like Psilocybe cyanescens. 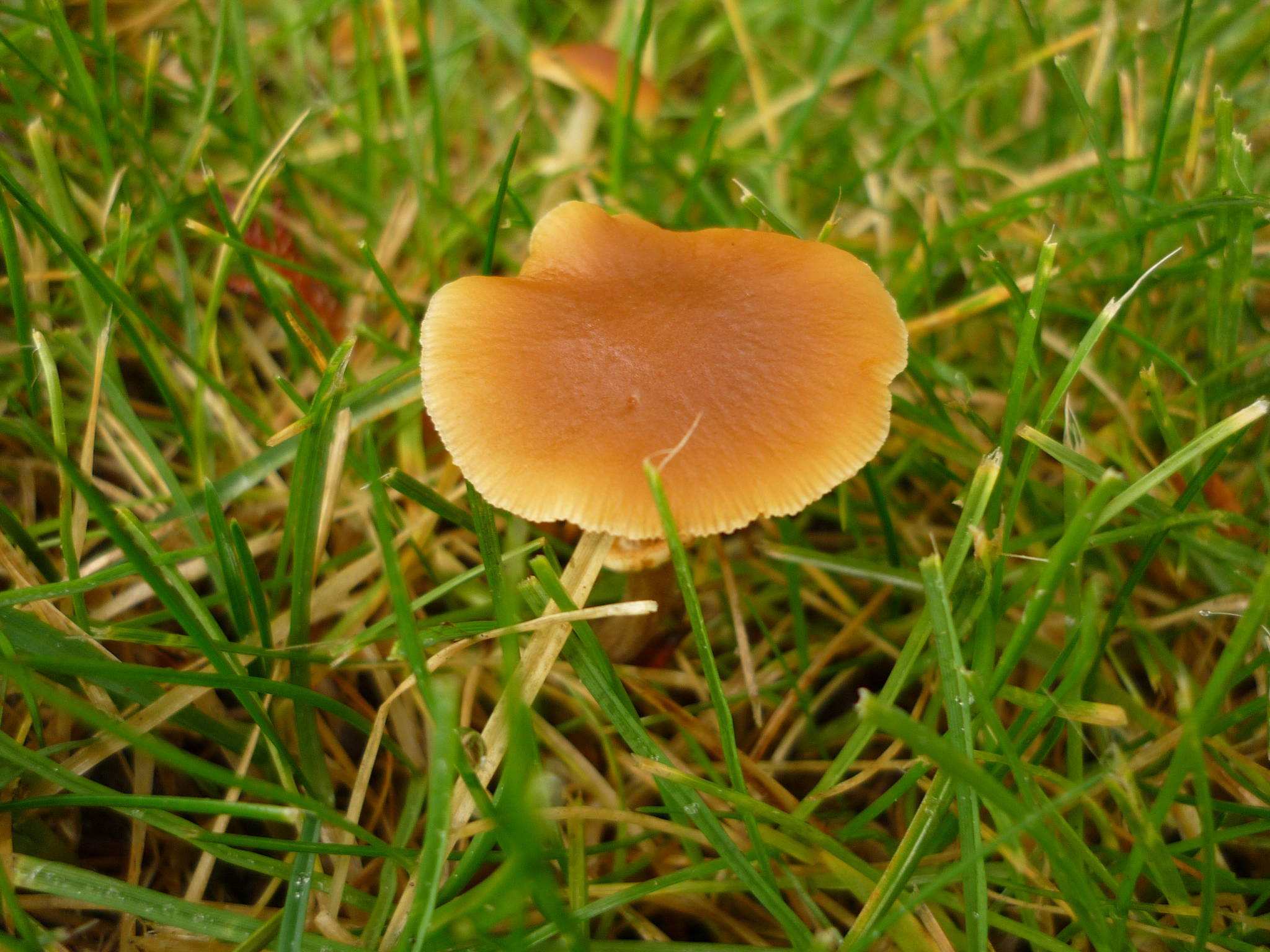 But once you inspect further, you’ll most likely find a distinct ring around the stipe (annulus), which the true wavy caps do not exhibit.

Here is a picture that will most likely come up if you google ‘Pholiotina rugosa spore print’.

It’s a great side by side comparison of P. cyanescens and Pholiotina rugosa.

Tubaria furfuracea is a quite the lookalike as it also is hygrophanous, and it also grows in woodchips.

This mushroom isn’t poisonous, but it’s not exactly a choice edible either.

What it is for sure, is an LBM just like P. cyanescens. And we’re talking about lookalikes here.

This is one of the more common lookalikes that people will request for ID in the hopes that it’s P. cyanescens. 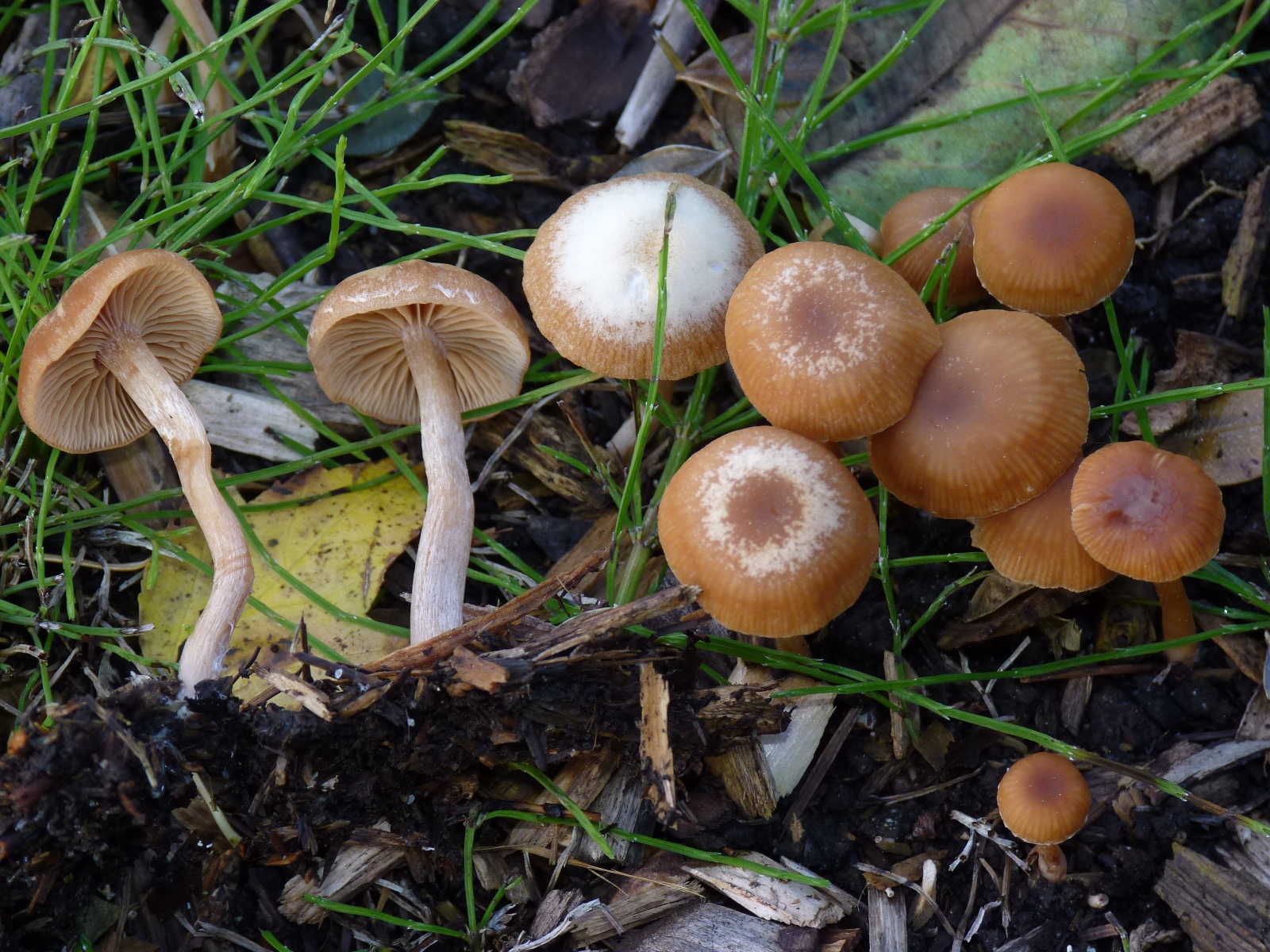 Note that the stipe isn’t white but more along the same color and texture as the rest of the fruiting body.

They are also fairly delicate and don’t really bend like P. cyanescens would.

The spore print is a pale orange/brown color.

The picture below is also quite popular and can be found on erowid.org and shroomery.org. It’s Tubaria furfuracea held alongside P. cyanescens. 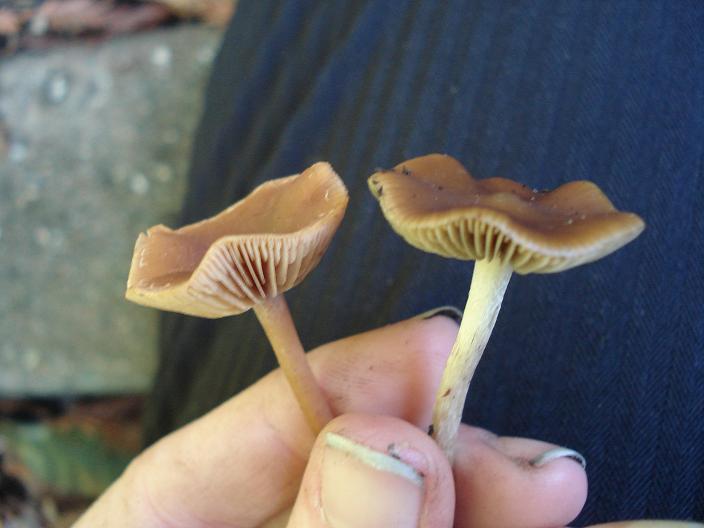 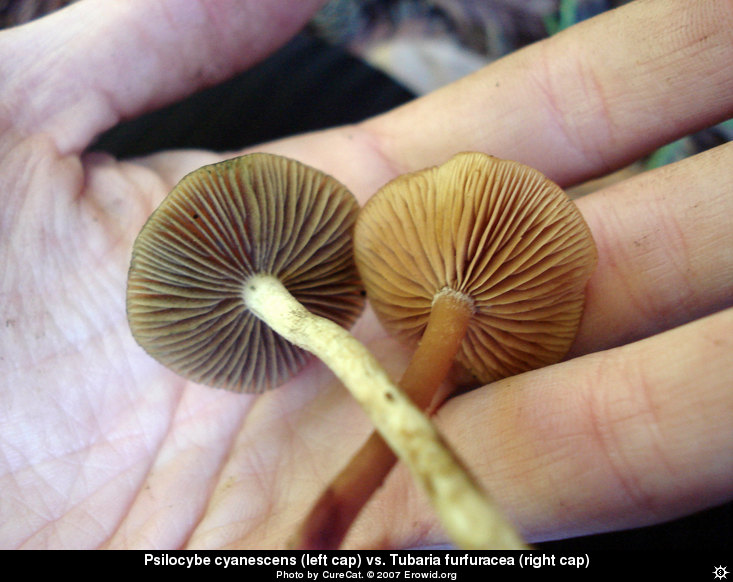 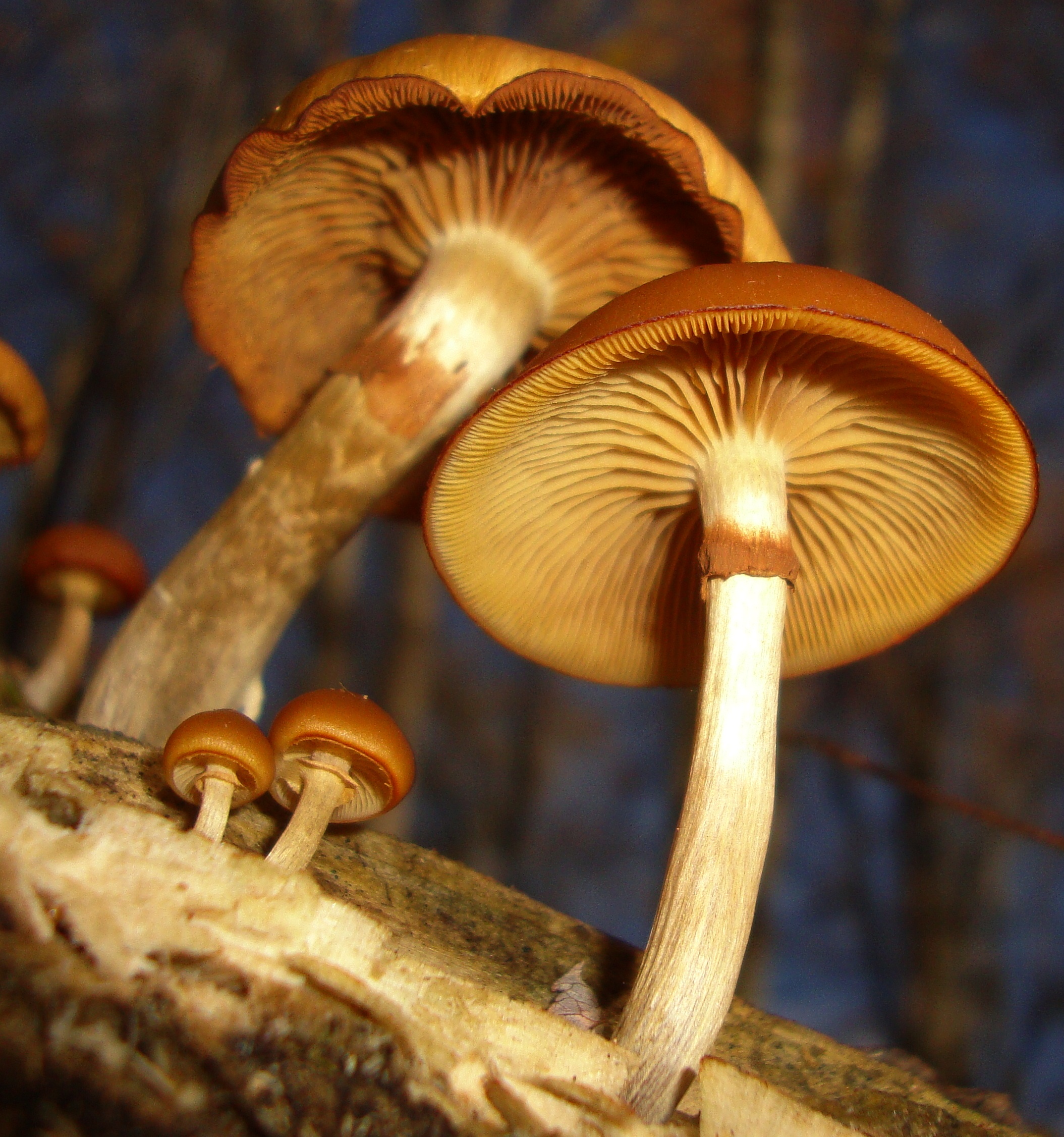 Another extremely common deadly lookalike to P. cyanescens. It also has a rusty orange spore print like Pholiotina rugosa and typically has an annulus.

Notice the black bruising on the stipe in the below picture. DO NOT confuse with the blue bruising of the true P. cyanescens. 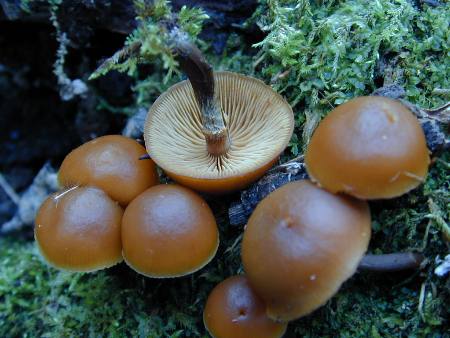 It can be easy to get excited at the caramel cap color when you notice it in the field, but you should know by now that that doesn’t necessarily mean you’ve found Psilocybe. It takes more than one precaution to be sure that you’ve found what you’re looking for.

In the end, after you’ve cross-referenced everything and done all of your own homework, make an ID request that’s called something like “ID request P. cyanescens”.

Refer to our blog post on making an ID request.

You now need not fear death or sickness when searching for Wavy Caps. Remember, knowledge isn’t power, but applied knowledge is.