Let’s be honest.
Some of the most common mushrooms that people submit for ID are the mushrooms in the family of Russulaceae. It contains at least 1,900 known species and these members can be found all over the world.
Let’s get specific. the family Russulaceae contains at least seven different genera (not including some proposed synonyms) with the genus Russula as the type genus.

This post is meant to make you more confident in noticing whenever you’ve found either a Lactarius or Russula.

The order Russalales consists of the genera, Russula and Lactarius as well as a dozen other families and 100+ other genera.

As a side note, I find it humorous that there are several different genera that are currently labeled Incertae sedis (scientific term for “we’re not sure yet”) under Russulales.

Moving along the evolutionary tree, we arrive at Russulaceae, wherein we find the Lactarius and Russula genera. 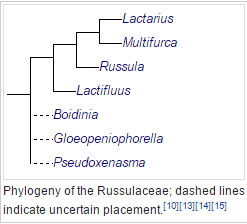 Some of these genera need some taxonomical revision and some are monotypic. Let’s rejoice that we’re only discussing two genera for now.

Let’s take a look at the type species for each. If you don’t know what a type species is, it’s simply the species that’s chosen to represent the whole genus.

After a molecular phylogenetics study in 2008 , the genus Lactarius was found to actually contain multiple genera and thus, the type species for Lactarius changed from L. piperatus (now Lactifluus piperatus), to L. torminosus. 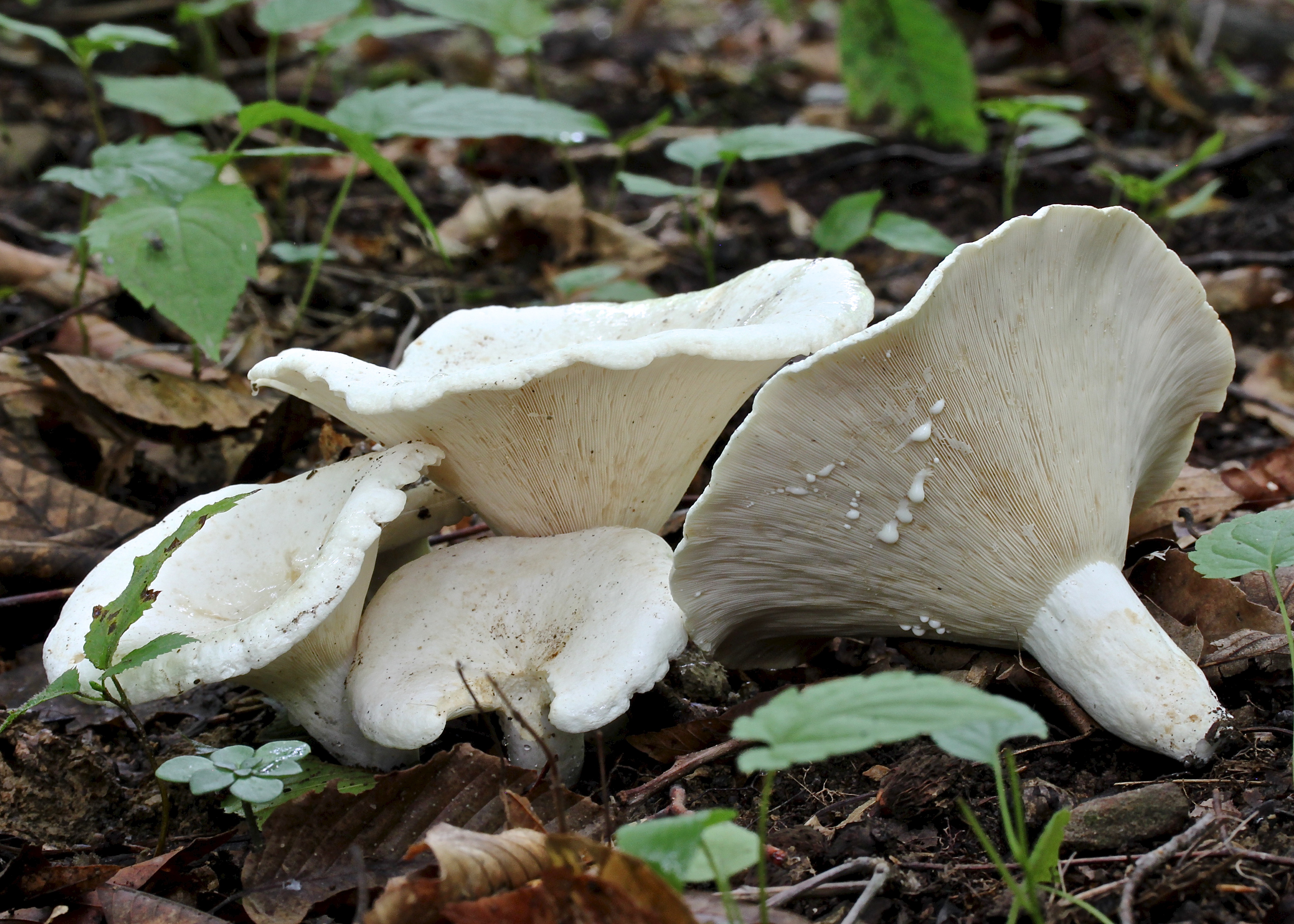 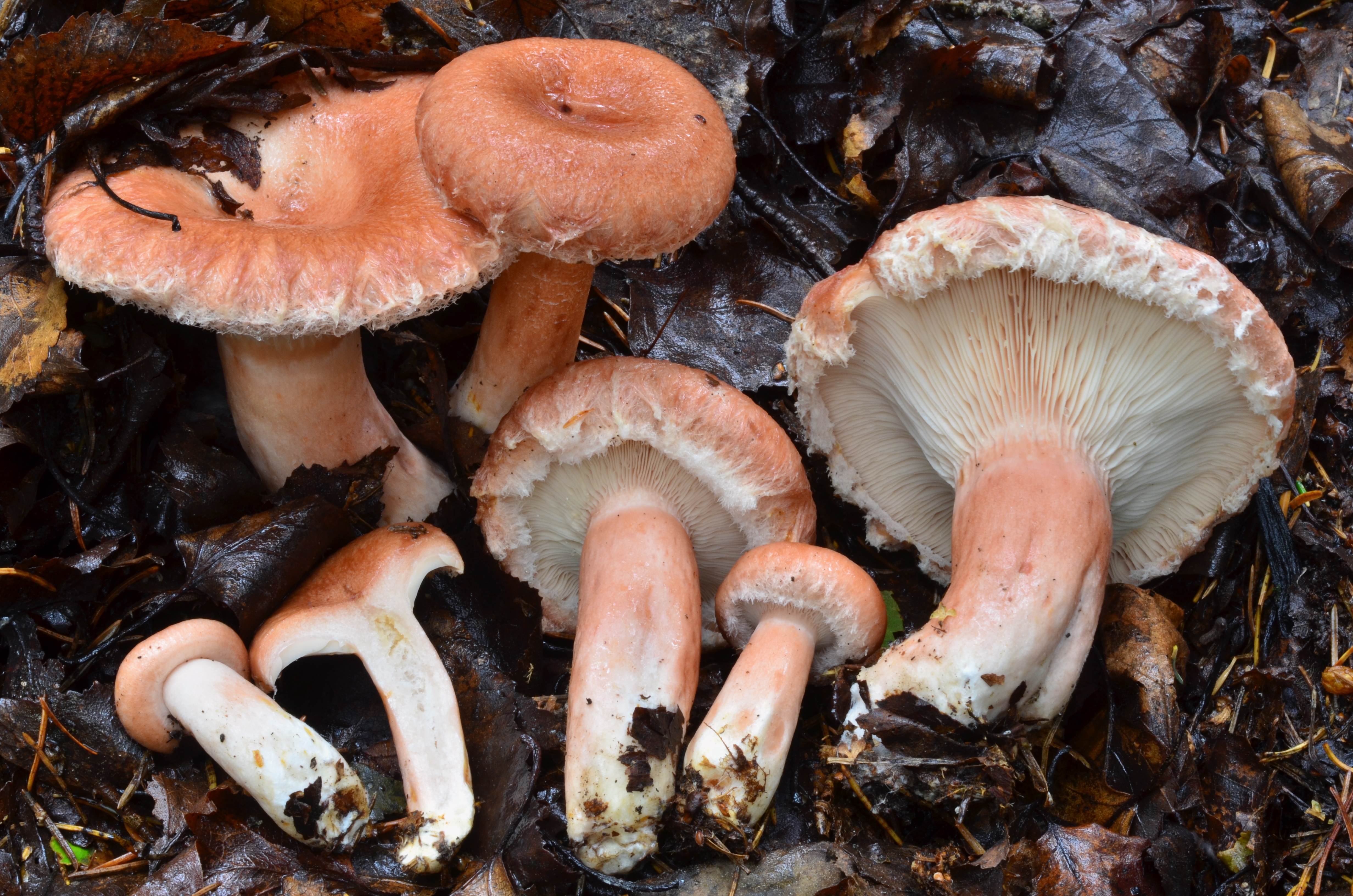 If you’re any familiar with red-capped Russulas, you could have guessed that the type species for Russula is R. emetica. 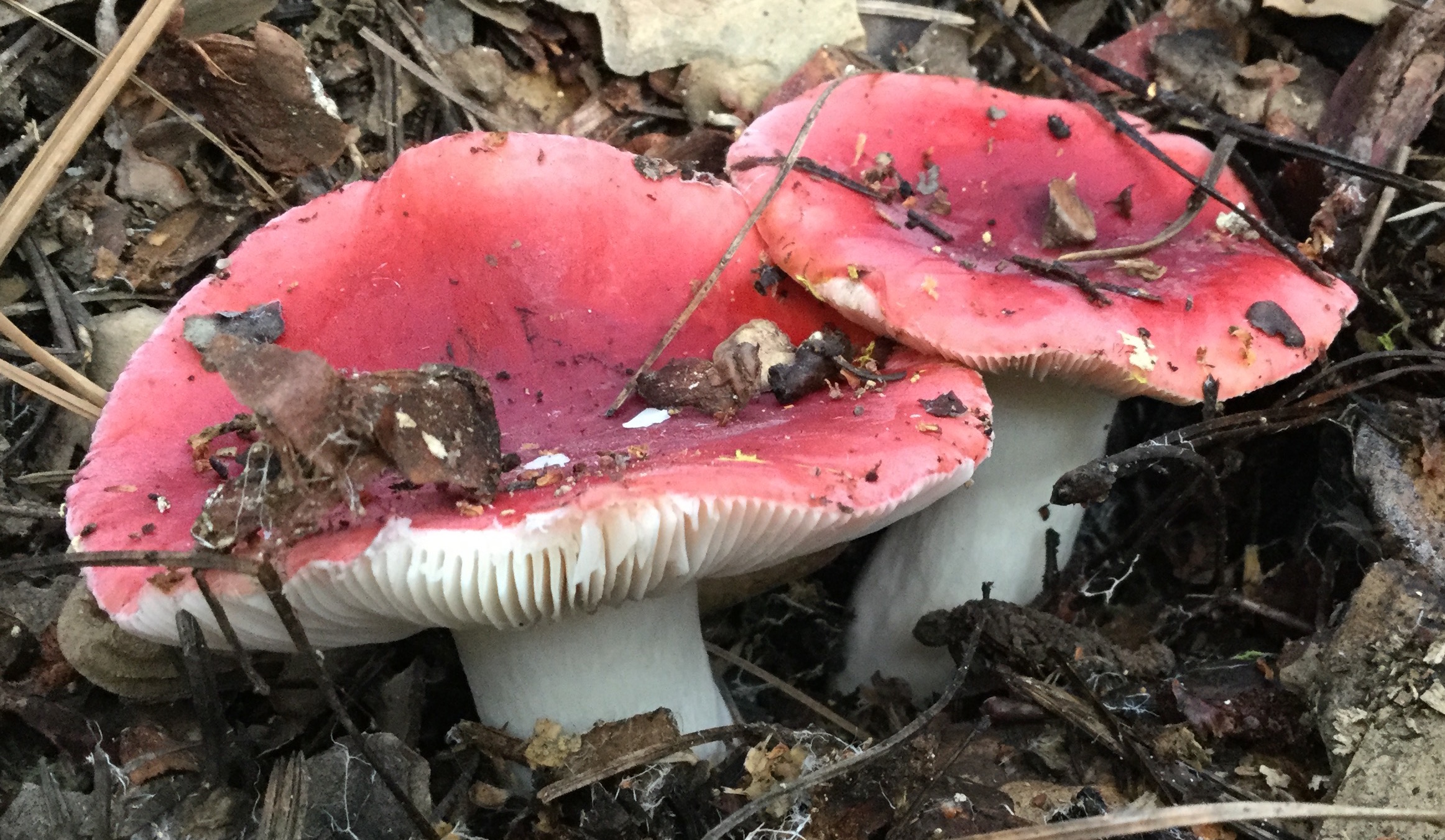 NOTE: This brittleness is due to the way that the cells in the mushroom are organized. Their cells are round-shaped while most other mushrooms’ cells are elongated filaments which in turn make the mushroom body more fibrous.

Lactating flesh- The ‘lact’ in the name Lactarius, is Latin for “milk”. Obviously named for the milk that’s exuded after slicing, Lactarius is colloquially referred to as “Milk Caps”. 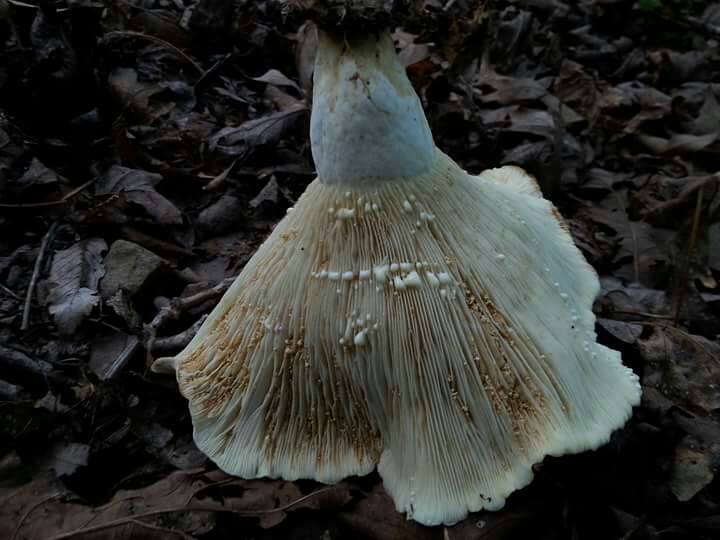 Concentric colored rings – Though not present on every species of Lactarius, concentric rings on top of the cap are a common display within the genus. 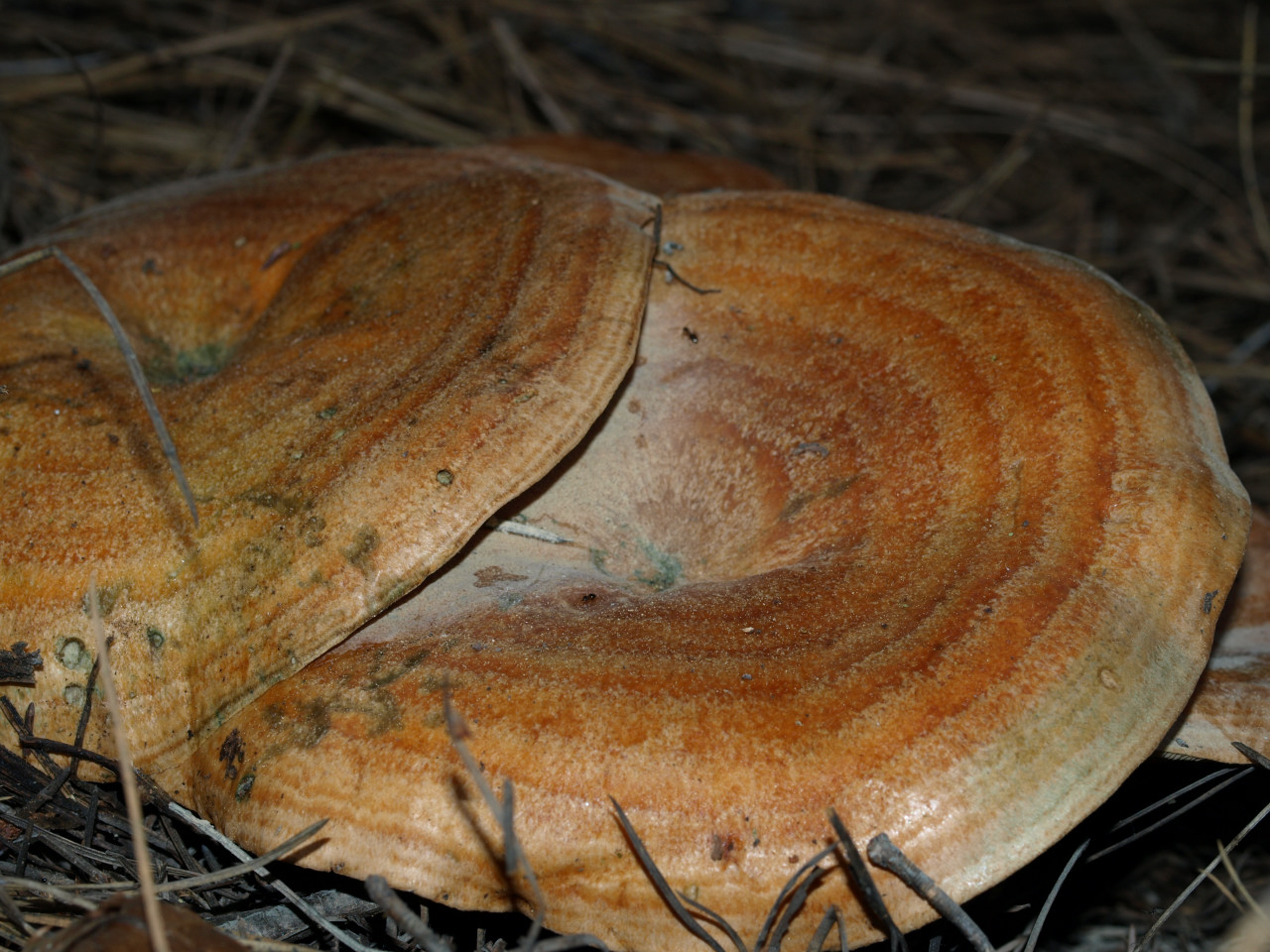 Pores along stipe/cap– Tiny little holes or pores can be found on many species of Lactarius.

These are called Scrobiculi in mycologese. These holes occur because of the viscid layer fully gelatinizing some of the cells in the mushroom. This feature is unique to the genus.

There are no deadly Lactarius that we know of to date. There are however some species that will make you sick without a thorough parboil. (if you still desire to eat it that is)

Most Americans choose not to eat L. torminosus, but some Europeans commonly eat it after preparation.

Russulas are colloquially called Brittle Gills. They are smaller and more colorful than Lactarius.

Because it’s generally difficult to identify Russulas down to the species, many people simply stay away from taking them to the pot to cook.

But if you’re braver, consider these words…

Also, refer to this quote from Alan Rockefeller concerning the edibility of Lactarius and Russula.

When asking David Arora, he was told this,

“There are two possible toxins in Russula – Most have the same toxin as Lactarius, which can be deactivated by pickling. The other toxin is not hot, causes an upset stomach, and is found in Russula species that stain brown on the stem and typically fruit early in the season. ”

There’s also been talk among redditors of black-staining Russula spp. in Asia that has liver damaging toxins that are deadly when too many are eaten.

All-in-all, it’s advisable to stay away from ANY Russula sp. that bruises brown or black like this one found in North America called Russula densifolia.

Conclusion: Hopefully by now, you’ll be able to spot a Lactarius or Russula species from afar and get closer to a true ID at close range.

Did I miss anything? Leave a comment and let me know!